Status
Guantanamera is a Current ICT machine-made brand.
It was a post-revolution brand, established in 2002, and was deleted from Habanos portfolio circa 2005.
It is now produced in Cuba by Internacional Cubana de Tabacos, S.A. (ICT) under license to Habanos S.A.

Generally
The range comprises light strength machine-made cigars using short filler tobacco from the lesser Vuelta Arriba region.
They are cheap cigars made for the mass-market, and have pre-cut heads.

Releases
There are also two small cigars produced, in a Puritos and Mini format.
In c2010 a special Selección 13 pack was released, comprising 3 Cristales, 5 Decimos, and 5 Puritos.
Prior to c2010(?) a Selección box containing 15 cigars (4 Minutes, 3 Christals, 3 Décimos, and 5 Puritos) was also available. 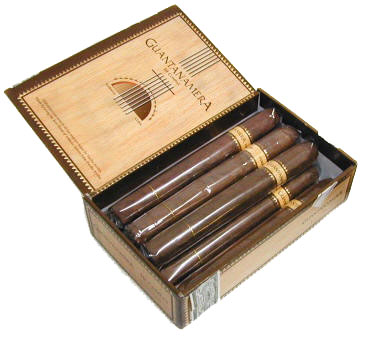 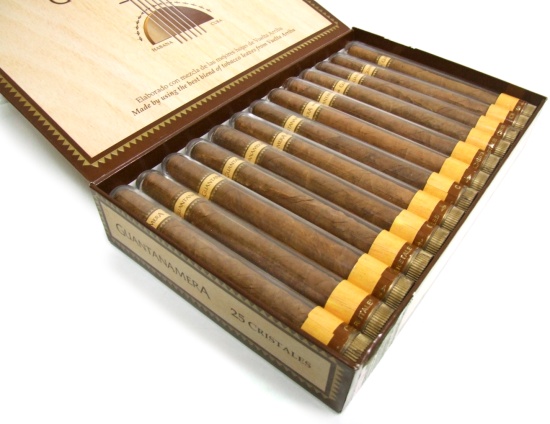