Status
Sancho Panza was established in 1848 by Don Emilio Ohmstedt, who also created El Rey del Mundo. It is named for a central character in the novel Don Quixote. The brand was not especially large or popular, and by 1898 had been discontinued.

It was re-established under new ownership in the 1900s, and changed hands several times in the following decades, before returning to the Rey del Mundo Company in the 1930s. It finally began to prosper in the 1940s and 50s, particularly in the Spanish market.

Today, it is classified by Habanos S.A. to be in their Other category of Portfolio brands. It receives an occasional Regional Edition release. 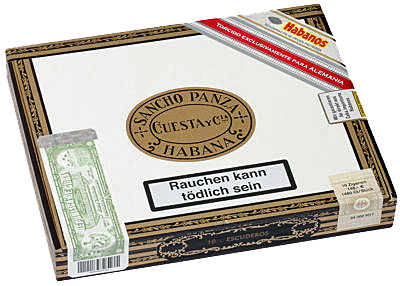