Generally
It was established pre-revolution around 1905 and was discontinued circa 1985.
There is a non-Cuban brand with the same name.

History
María Guerrero was created by the owner of the Romeo y Julieta factory to honour a famous Spanish singer.
Thereafter it became a sister brand of Romeo y Julieta.
At the time of the Revolution, this brand had 25 different cigars listed.
For unknown reasons, most of these were discontinued early after the revolution.
There was only a single cigar left in the range when the brand was eventually discontinued. 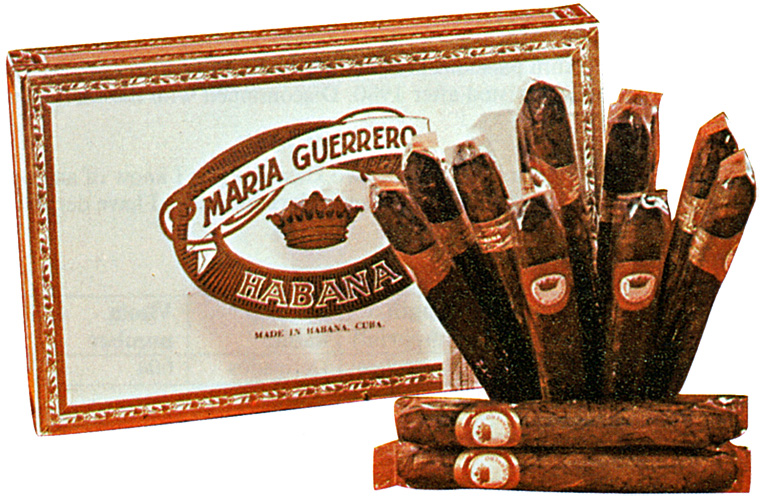